We all have conflict in our lives, right? And when we help friends, it’s often easier for us to see the answer to their problems than our own. In the volatile climate of the Middle East, that didn’t happen.

But certain relationships inspired me and shifted my perspective.

My Initial Understanding of the Conflict

In 2003 I moved to Jerusalem to study my faith in the context of its culture. I’d seen the violence on TV, but so far removed from my world, I hadn’t paid much attention. I had no idea how much I was about to learn, not only about faith—but about the Jewish and Islamic religions, too.

At King of Kings, a church in Jerusalem, I listened from a seat in the congregation as a couple shared their story. The man, a Palestinian, had a Muslim background and his wife, an Israeli, came from a Jewish heritage. They married after they’d both converted to Christianity.

Wow, right? Both from cultures that people sometimes disown their kids when they switch to another religion. Imagine their family gatherings.

As I sat and listened to them, I knew the Bible story about Abraham. But I didn’t get why God would ask him to take his son up a mountain and sacrifice him or why Abraham almost did it.

What I learned is that not everybody tells the stories in the same way.

Abraham is the patriarch of not only Judasm but also Christianity and Islam, too. The Jews descend from Abraham’s son, Isaac, and the Muslims from his older brother, Ishmael. The Quran, the holy book of the Muslims, says Abraham almost surrendered Ishmael, but the Old Testament (or the Tanakh as the Jews call it) says it was Isaac whom Abraham had on the altar.

And after all these generations, the brothers are still fighting.

Watch for the I

On another Sunday, after a service at the Scottish Presbyterian Church, the Irish minister said, “You’re welcome to come with us to Hebron.”

Each week, he brought raw materials and equipment to Muslim women in the West Bank city so they could make embroidered pillows and purses to sell at a store in his church. He helped them make a living.

I sat in the back seat of his car with a third-generation atheist Jewish woman, a Physics professor from Hebrew University. As we passed through the barrier going from Israel into the West Bank, she said, “My sister and I hang out at these checkpoints on our days off. I have a Palestinian friend who lives here and the Israeli soldiers treat him better when we keep an eye on them.”

Both Jews and Palestinians live in Israel. But in Gaza and the West Bank, there aren’t many Jews except the soldiers at the gate. New to all that was going on, I didn’t realize the oddity we made as we traveled into the West Bank with a Jewish woman, but I’m sure the Israeli guards had an interesting chat after they let us in.

In Hebron, the changes were instantly visible, giant potholes in the street and rebar sticking out of many unfinished buildings. The few people outside scurried past.

Our pastor pulled the car to the side of the road, got out and ran to knock on a door. He beckoned us to follow. We ducked inside. Six women dressed in burqas got up from their work at sewing machines and pulled in close to each other like a herd of sheep. I watched the Physics professor chatter in Arabic. Within minutes, she set those women at ease, putting smiles on their faces.

I had no idea what she was saying, but having heard so many ugly stories, this scene gave me hope.

An Example of the Flip Side of their Reality

On the way back to Jerusalem,we got stoned. Not the way I used to, by smoking a joint. This time people pelted us with rocks!

We’d pulled into the parking lot of the Cave of the Patriarchs. Sure enough, Abraham himself is buried in Hebron.

The Physics professor had arranged to meet her friend to give him some medical supplies. As she handed them out the car window, other locals gathered. They didn’t like what they saw–one of their neighbors acting friendly with an Israeli. The other locals began to shake the car. Were they going to roll us over?

“We have to go,” the pastor shoved the key into the ignition. As he sped away, I ducked, hoping none of the rocks would come through the back window.

The Spiritual Battle Played out in the Physical Realm

Examining the giant conflict in the Holy Land, I wondered, is resolution possible?

If I only had friends on one side, it would be easy to take offense. But as I accumulated both Palestinian and Jewish friends, I realized there’s so much more to the story. Each person carries a piece of it. That’s why having more friends always helps me. As we connect those pieces, they build a bigger picture.

This is a God-sized problem. And I love what God did in that marriage between the Palestinian and the Israeli. I want to be a part of loving people as He does, rather than choosing sides.

So I continue my quest for relationship and understanding.

Although Arab Israelis are exempt, those over the age of 18 who live in Israel are required to spend time in the military. Each time I return to the Holy Land, it takes a minute to get used to seeing all those kids carrying giant guns everywhere they go.

On July 1, I’m going back to Hebron. This time with a group of Israeli ex-soldiers on a tour called Breaking the Silence, where the soldiers will share their experiences and their regrets over what they saw and did in the military.

Remember you’re right alongside me, and I need your perspective. What would you ask those ex-soldiers? (Just so you know, the conversation blocks below require at least 15 characters, but no more than 2,000.) 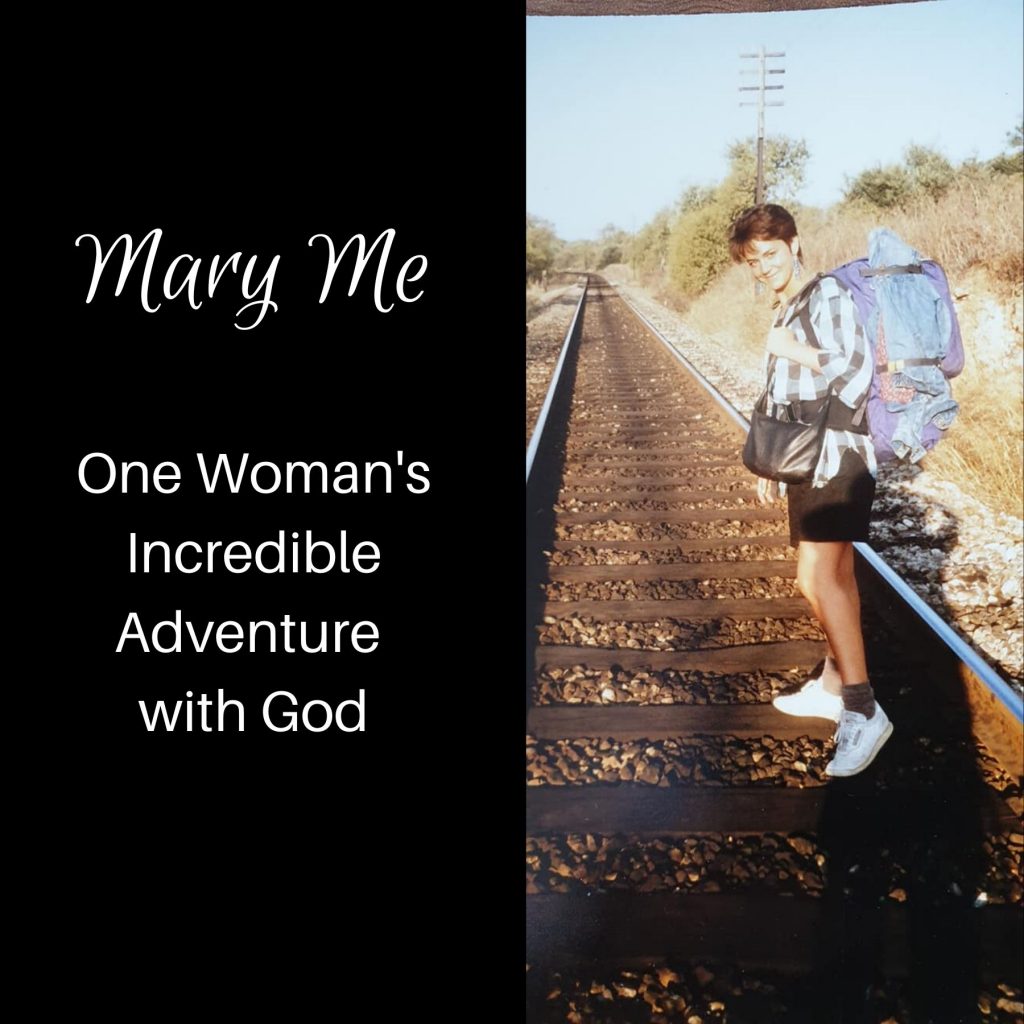 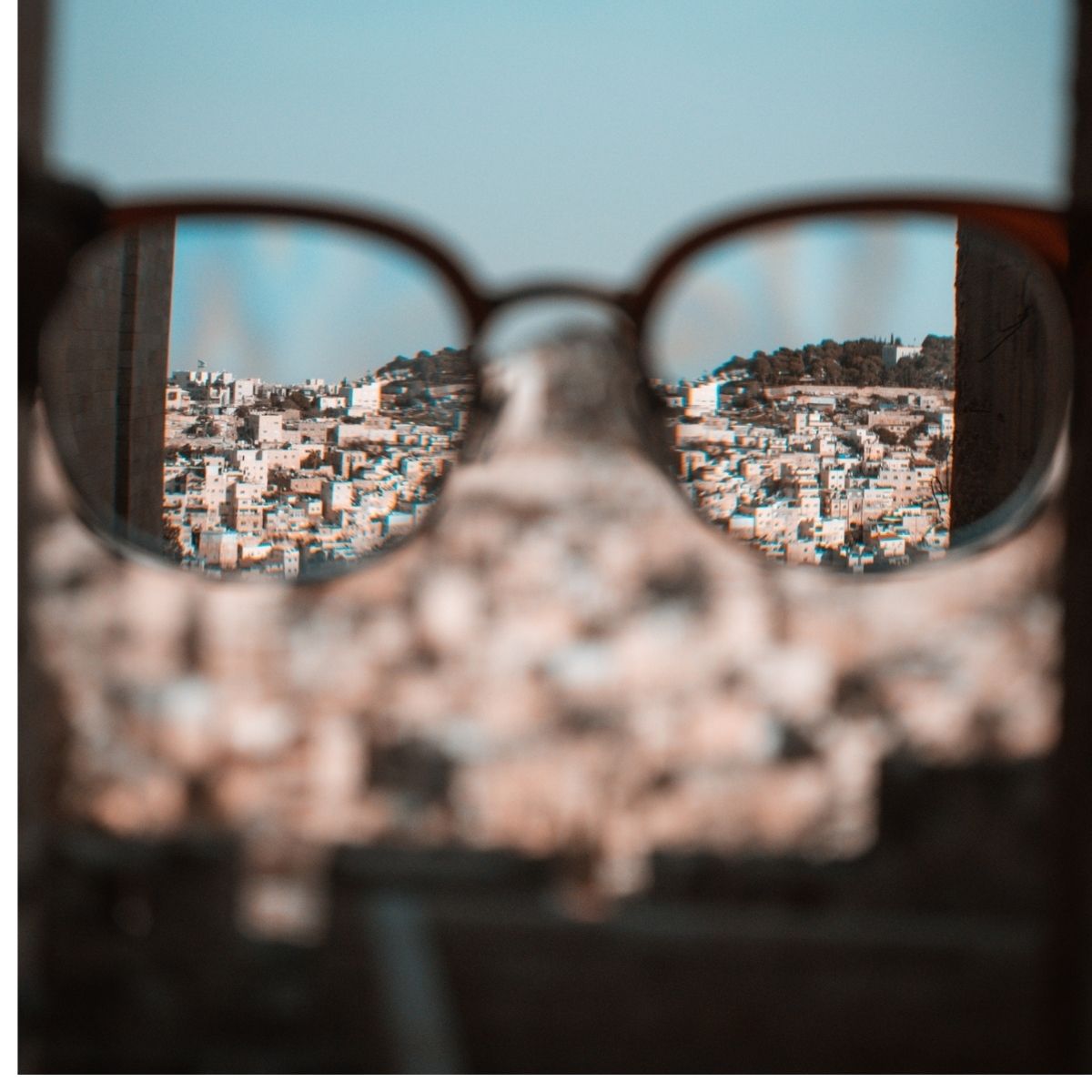 I was just telling a friend, I finished a memoir. Had it edited and through a series of not-so-coincidental, what I think of as God instances, I ended up in New York City at the Writer’s Digest Pitch Slam. There I was on Sixth Avenue, thirty floors up making the rounds of agents and publishers. I had…

What is it that stops you in your tracks, and takes you back in time to grieve? For me, the day that causes me to pause is February 22, the day I did not die. Since then, I’ve learned a lot about grieving a traumatic event with God. How does that look? If you’re grieving,… 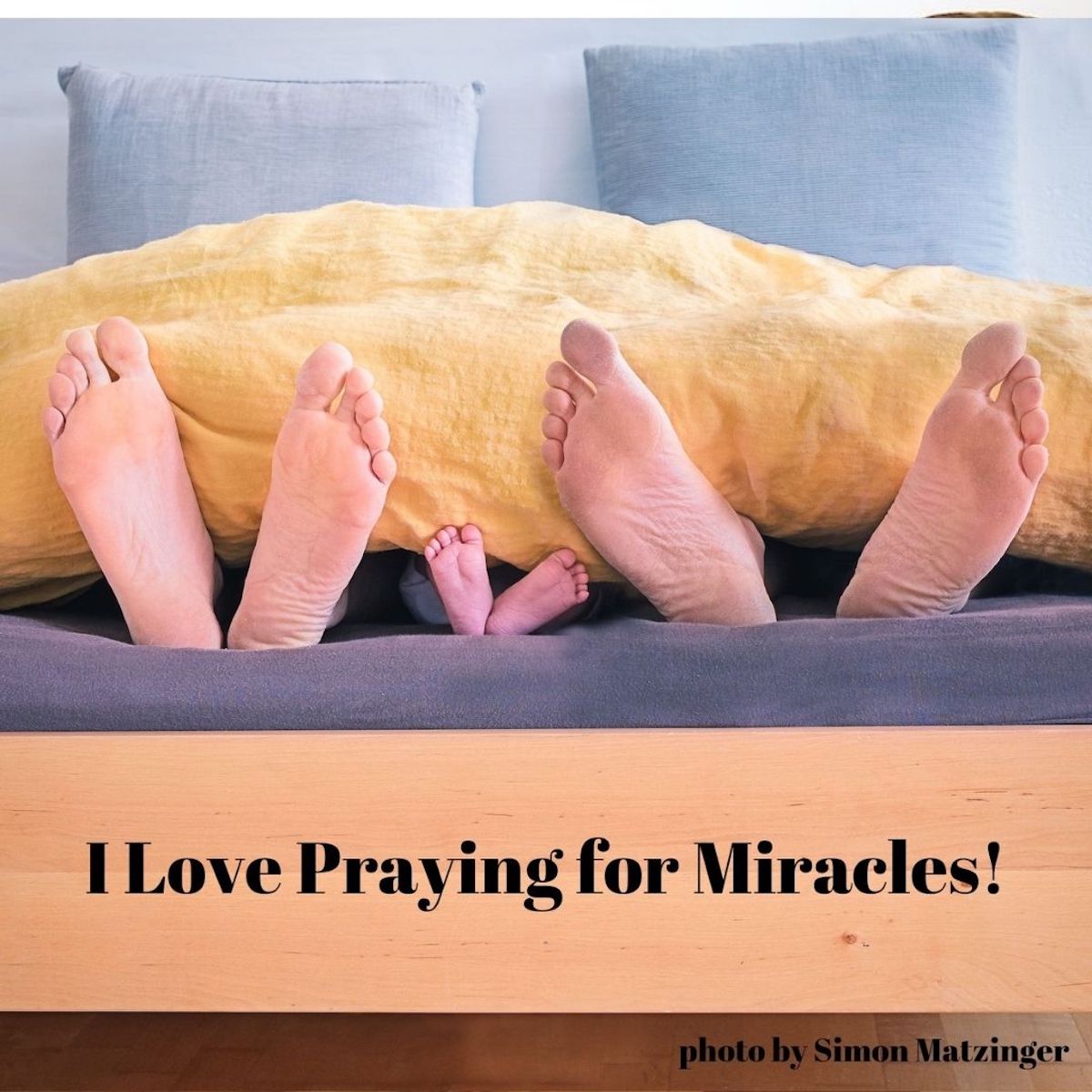 Have you ever wanted something really badly? Maybe you normally wouldn’t ask God for help, but you do, because without God, it’s hopeless, and with God, well, you just never know. Remember my friend, Liz, who had her prayer answered for a miracle baby? (Click here to read her story.) The same thing happened to… 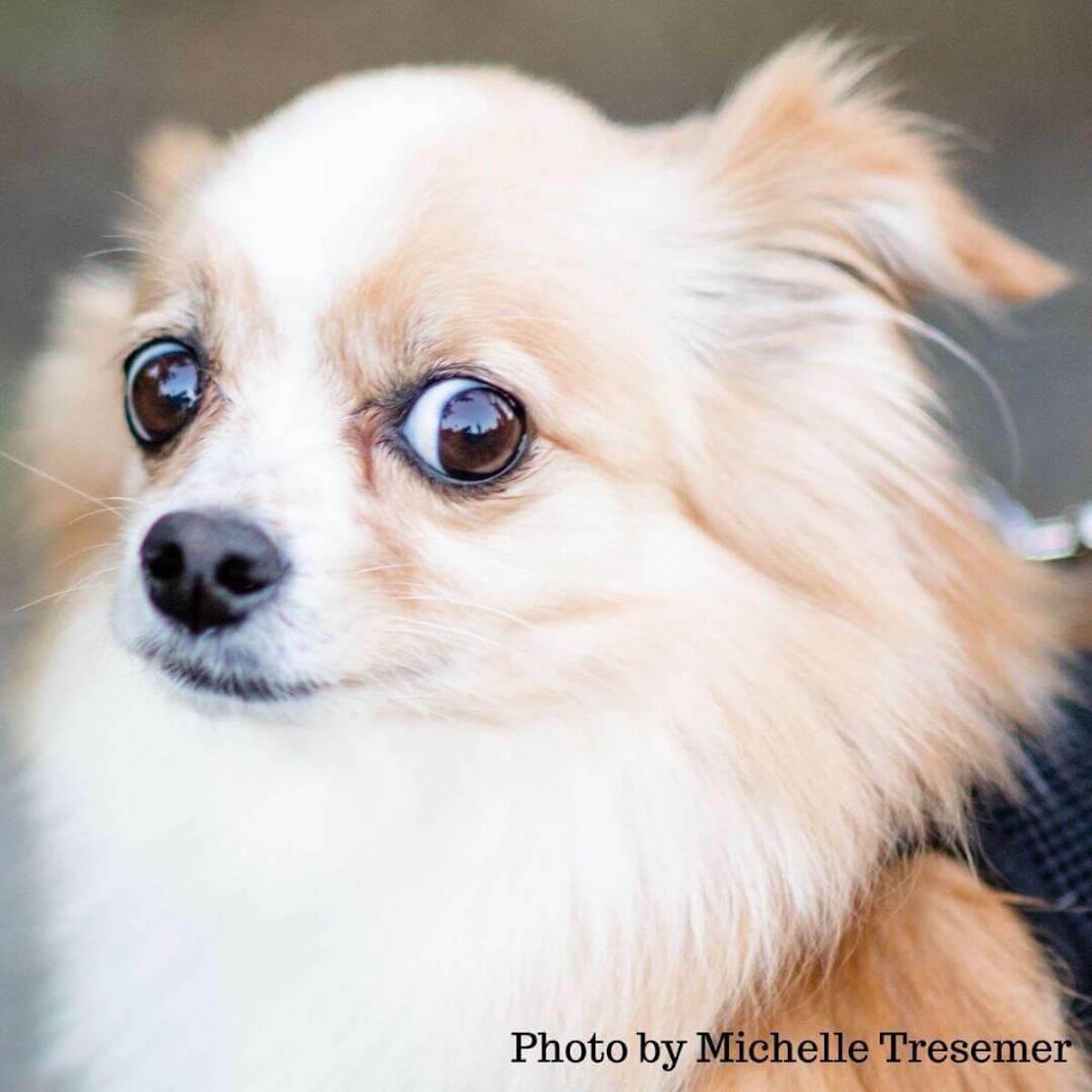 Seriously, I wondered. You know, with everything, like relationships, health, and scary phone calls in the middle of the night? Can I really trust God in difficult times?  Is it just me or do you struggle, too?  Sometimes, I think I hear God, but like I was telling you before, I don’t always want to…