Isn’t that encouraging? God answers prayer but the thing is, He doesn’t always answer prayer the way we ask or expect, does He?

Sixteen years ago, when I went to Bethlehem for the first time, I had four friends who desperately wanted children but it wasn’t happening for them.

What is the Milk Grotto?

In a thick accent, the girl at the tourist information center explained that it’s where Mary and Joseph “took their son after he was born.”

A few minutes away from Manger Square, I sat in that grotto with my friend, Gina, and listened to a monk explain how he believed Jesus was born in a manger but wouldn’t have stayed there.  The monk thought the Milk Grotto was the house Jesus lived in until He was forty days old when the holy family would have gone to the Temple to dedicate Him.  Then, they’d have returned.

So the Milk Grotto could have been the place where the Magi visited, where the wise men came to pay homage to the newborn king. When Herod, the king at the time, heard what these wise men were doing, he asked them to stop by on their way home to tell him what they found so he, too, could worship.

Yeah, right! Jealous of the possibility of anyone uprising against him, Herod did not have worship in mind. Good thing the wise men (or astrologers or whatever they were) got that. They took a different route home.

Then Joseph, Jesus’ dad, was warned in a dream to take his family to Egypt to protect them. Thank God, because when Herod found out the wise men duped him, he had all the little boys under two years of age murdered.

I know this picture is gruesome. But up until I saw it, I’d skim over that part of the story without reflecting on its grisly reality.

Here’s where the story diverges from the Bible

All of the above information is in the Bible, but this isn’t: “As the holy family lived here, Mary nursed Jesus and a drop of milk fell on this ground. Ever since families struggling with infertility have come and given birth to babies of their own.”

I looked at the pictures of couples from around the world hanging on the wall, with their stories shared in letters, and glanced sideways at my ex-Catholic friend, trying not to smirk.

The monks sell a prayer that comes with a packet of white chalky substance. Both Christians and Muslims believe that scrapings from the wall of the grotto improve the chances of fertility.

Couples wanting a child are instructed to mix the powder with milk or water and drink it every day as they pray until their baby is born.

After hanging out with God for sixteen years, I recognized His familiar prods, the next lines of our internal and on-going conversation. This time I understood Him to say, “Buy a packet and send it to Liz.”

“Seriously? You’ve got to be kidding,” I said in my head. “Tell her to put a piece of this dirty old cave in her tea and drink it? Gross!”

But the internal pressure continued so I did, too. “As if my friends don’t already think I’m nuts because of the way I follow You. That’ll convince Liz I’ve lost it.”

The priest finished his spiel and I turned to Gina, “God wants me to buy the prayer and send it to a friend.”

“You’re not going to, are you?” She looked at me like I had three heads.

I love the way that in the middle of duking something out with God, He brings someone across my path, like Gina, who thinks like me. As I put His words in my mouth, to explain the situation to her, I talked myself into doing what He asked. It made more sense when I clarified it to her.

So I stopped arguing. I bought the novena. I sent it to Liz and realized that if she thinks I’m doing something weird, well, it probably wouldn’t be the first time. At least I wouldn’t have that I-didn’t-do-what-God-asked-me-to-do angst. And maybe, just maybe, God had a plan.

Gina understood and didn’t give me crap as I made my way to the gift store.

God Answers Prayer, specifically and uniquely, I know it!

Like I said, I had four Catholic friends trying to conceive. But because I didn’t believe in what I was doing, it never occurred to me to buy one of the packets for each of them.

Do I think we missed out, that if I’d bought four, they’d all have kids now? The short answer is no. I think God has a special answer for each and every one of our prayers. He didn’t urge me to send a packet to all of them, only to Liz.

What did God do for the others? I’ll tell you those stories in the next post. First, let’s finish this one. “Seriously,” I emailed Liz, “I have to obey, but you can put the packet straight in the trash.”

In a totally different tone than I’d expected, she said, “If that’s is how you feel, I’ll take it!”

She’d had a tough year. She and her husband found out they couldn’t conceive. Her father died. Then her mother, who had Alzheimer’s, had major surgery.  Her business folded and one of her good friends was losing her battle with cancer on top of all the day-to-day challenges that always feel heavier when stuff like this going on.

I packaged the powder and the prayer and stood at the post office in the Old City of Jerusalem with a bunch of Palestinian women. They don’t stand in line. They push their way forward. I didn’t think I’d ever get a turn, but once I’d let go of that package, I felt a sense of peace knowing I’d done what God asked.

Then I got curious. What was He up to?

You’re not going to believe what happened

That’s what Liz said when I called her two months later at Christmas. “We got chosen by a birth mother to raise her child due in January! You know how long adoption usually takes and how few babies are available?  I don’t even get nine months.”

Even now, I get goosebumps when I remember.

God knew what He was doing. Why had I doubted? He doesn’t always do things the way I ask. If I’d answered Liz’s prayer, I’d have fixed it so she and her husband could have conceived. Why didn’t God do that?

That’s when I remembered conversations Liz and I had had long before she met her husband. She didn’t want to bring more kids into a world filled with so many who were already unwanted. God knew that. Probably gave her the desire so He could give her this beautiful little girl who’s not the same race as she is.

In February, I got an on-line photo album from Liz of the baby’s birth mother in the hospital, her first diaper, her mommy and her daddy and her poppa and her nana.  Today Liz’s daughter is fifteen. And the last time I visited, I got to tell her this story.

See, God Answers prayer even when it’s not the way we hoped

If it looks like I’m encouraging you to buy this novena for friends who want kids so they can drink scrapings from the side of a cave, I just want to be clear, I’m not. What I’m endorsing is a relationship with God.

One thing I’ve learned is that God answers prayer the way He wants. Even though He does a lot of weird things, He works behind the scenes in a way only He can. He knows the hearts of everyone involved in each situation and loving us as no human being can, He does what it takes to teach us what we need to know in the best way possible.

Like a dog with a bone, I get His promise in Romans 2:28. You can’t take it from me. I “know that God is always at work for the good of everyone who loves him” (Contemporary English Version).

There’s another part to this story. Really, it’s not just part two, but three, four, and five. I’m going to squish them all into the next post. So if you haven’t already signed up for my occasional newsletter and blog post alerts, and you don’t want to miss the end of this story, you can click here to subscribe then you’ll be reminded when part two is published.

But before you go, I have a question. What do you do when God doesn’t answer prayer the way you ask?

Related Post: Without God, It’s Hopeless, but with God, Look at What Happened! 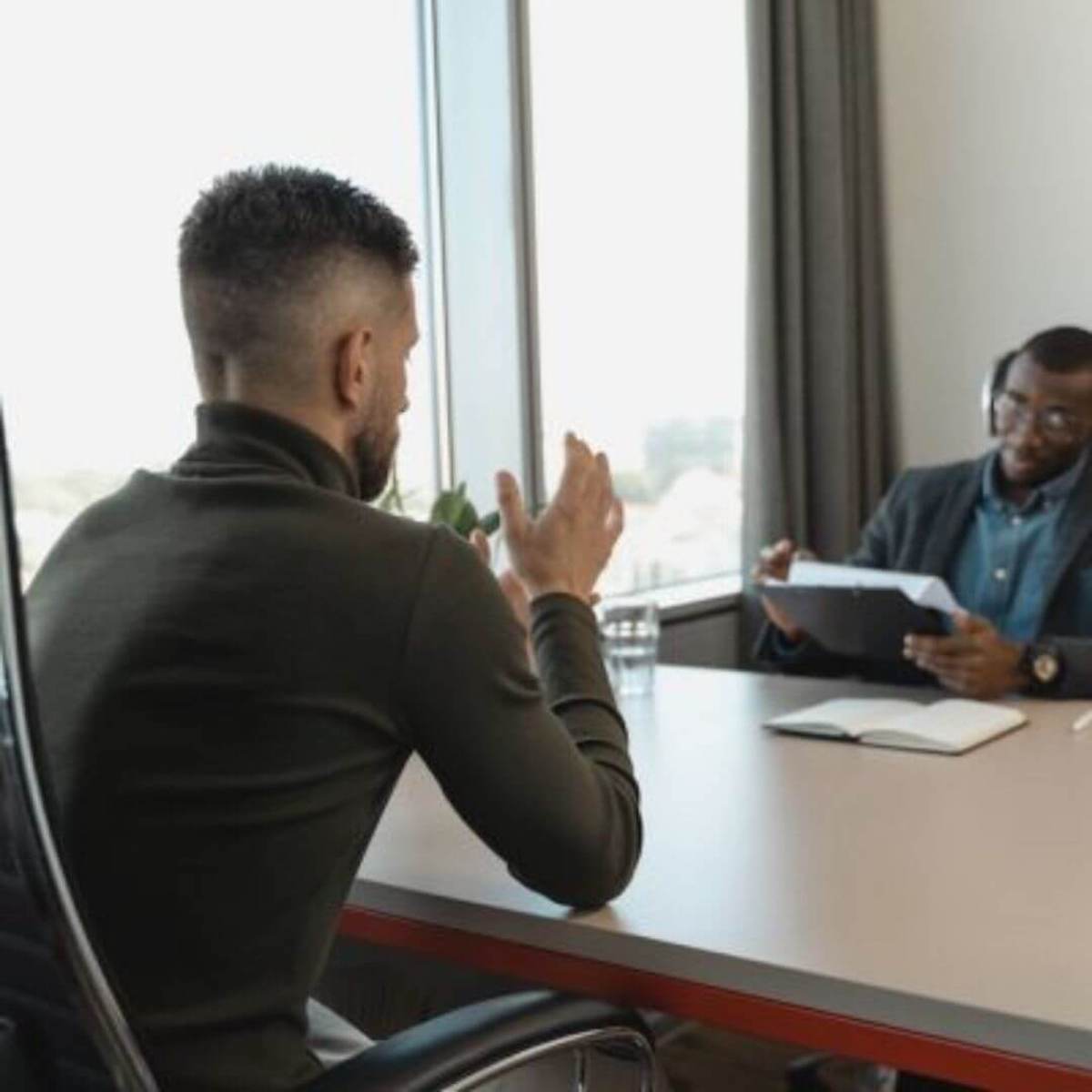 “How can I pray for you and your family?” I asked a friend whose husband is looking for work. This is the prayer she gave me: A wife’s prayer for her unemployed husband. Dear God, My heart hurts for my husband.  When I look at him, I see: sadness and despair a man who’s used… 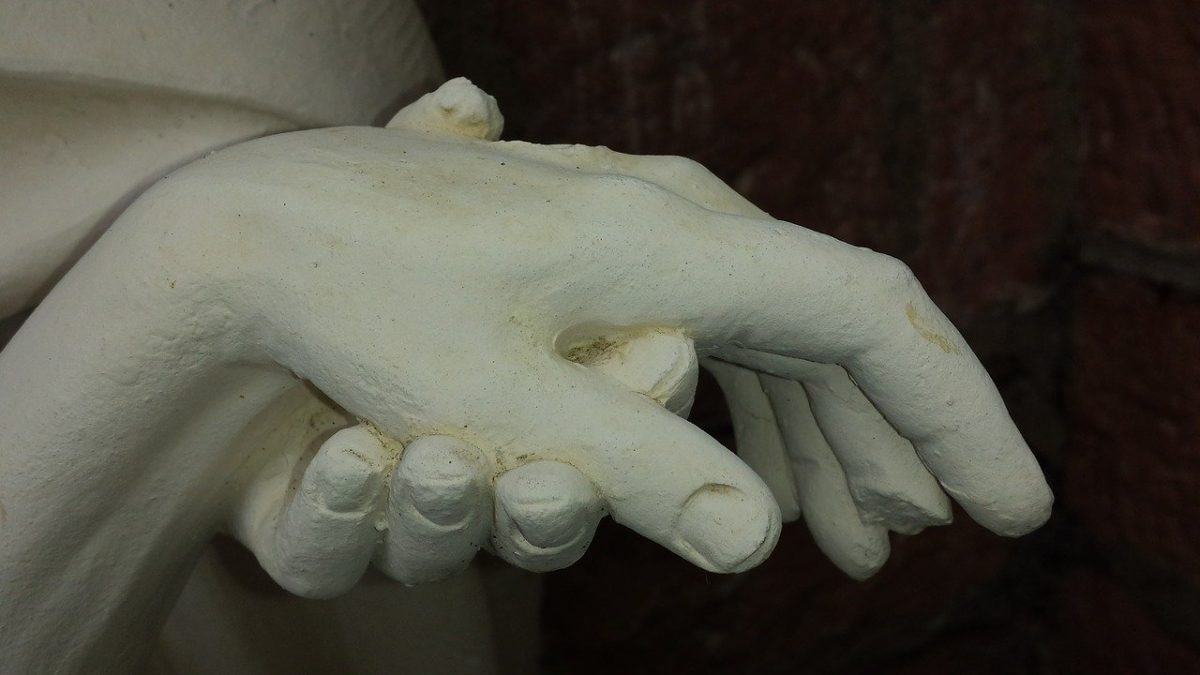 Have you or someone you love had unwanted sex? I’m so sorry! I get it and even though I know a prayer for your healing after sexual violence is the most powerful thing I can do for you, I just wish I could give you a hug. My heart is heavy as I think about you and… 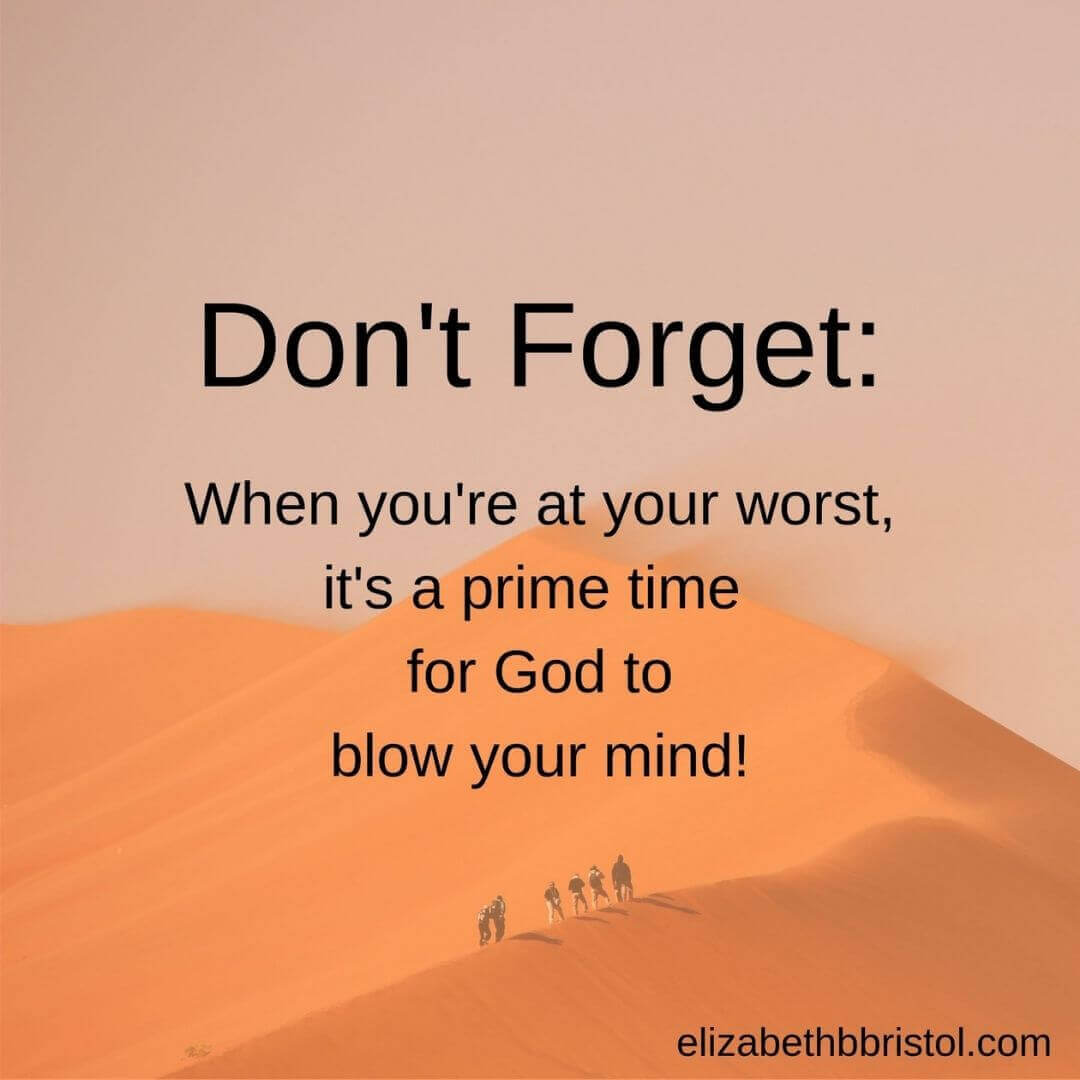 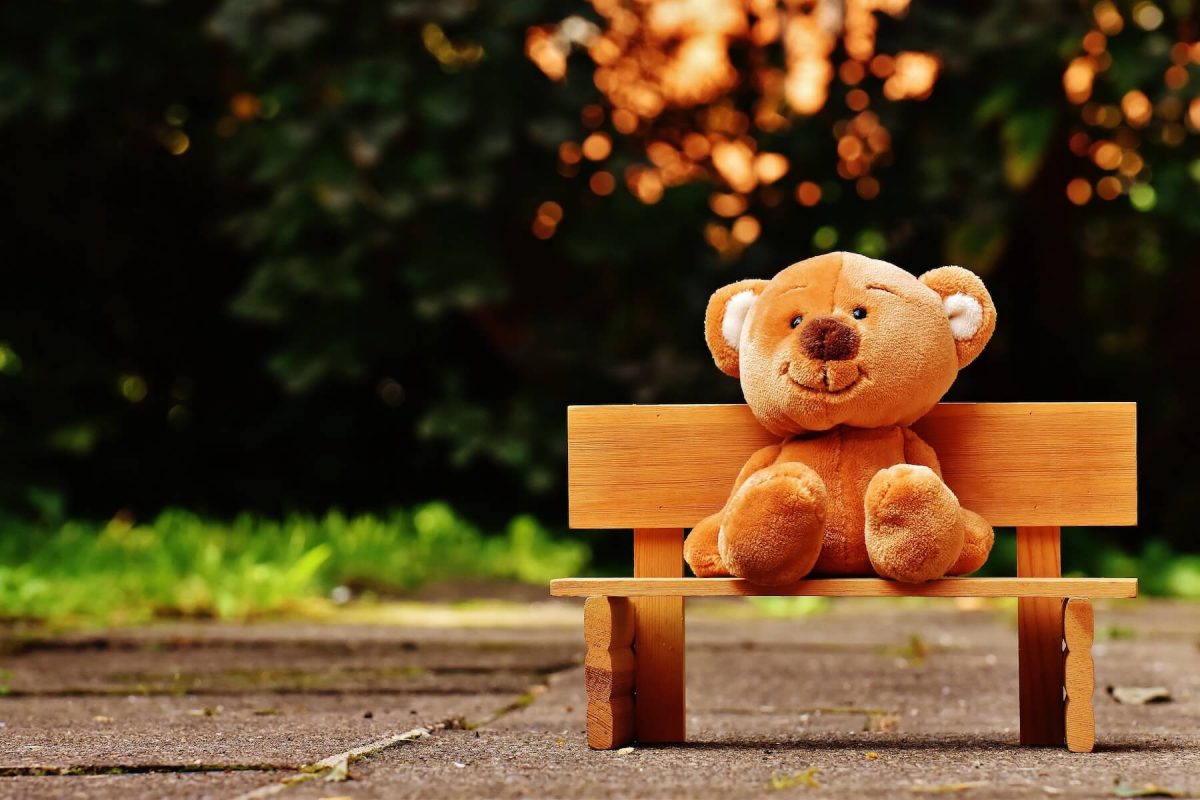 One night, I had a prayer party. I gathered my Bible study girls together in an incredibly peaceful massage studio called Amara Health where my friend works. She prays for her clients as she massages them. And when she doesn’t have clients, she hangs out with God.  Because of that, you can feel a difference… 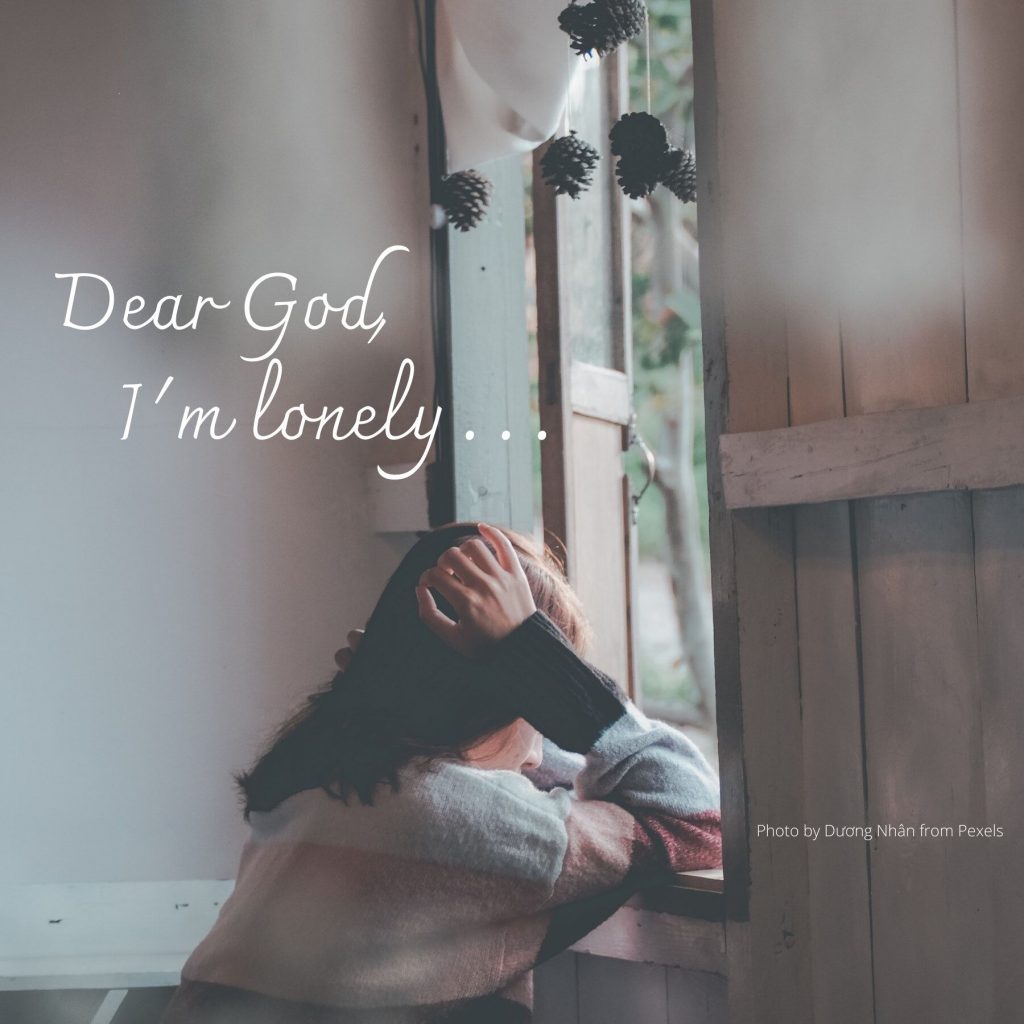 Are you lonely and maybe even horrified to admit that out loud? I hate that there’s so much shame around this topic because it’s a lot more common than we know. That’s why I’m asking God for some powerful prayer for loneliness. How do we pray for ourselves or others when lonely? A Powerful Prayer…